Views: 75516/07/2020Share
Thousands of foreign workers will be allowed to enter the country as the Vietnamese government is moving to ease entry restrictions following the containment of the coronavirus. 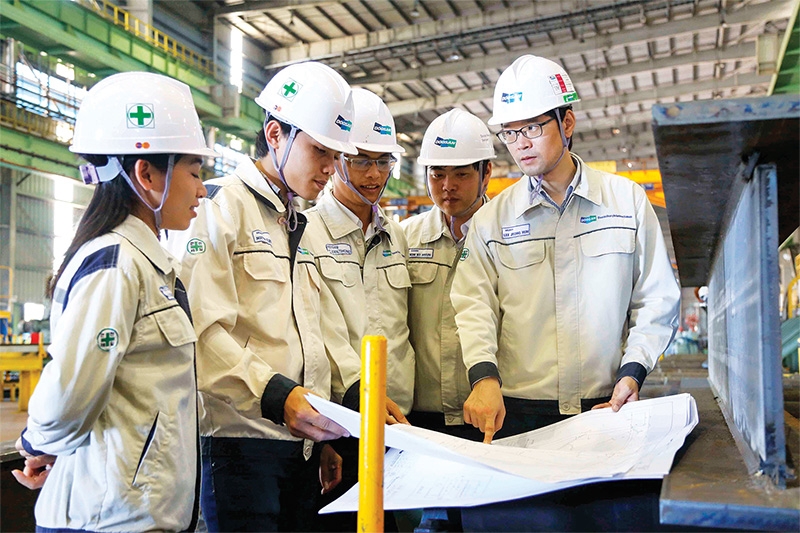 After successfully containing the pandemic locally, foreign workers are slowly being allowed into Vietnam, Photo: Duc Thanh
Vietnam sent 270 LG Electronics engineers into quarantine for 14 days on July 2 after they arrived from South Korea at Cat Bi Airport in the northern city of Haiphong.
The experts entered on a special Vietnam Airlines flight from Incheon International Airport with certificates issued by South Korean authorities, accepted by the Vietnamese government, saying they are coronavirus-negative, Haiphong authorities said. They have since been housed in hotels. The flight was the fifth bringing LG engineers to the company’s plant in Haiphong since the pandemic struck.
On June 25, Japan and Vietnam hailed the first commercial flight in what was seen as a step towards resuming travel in the region. The plane, mostly carrying businessmen, headed to Vietnam and involved a COVID-19 test on arrival and 14 days’ quarantine for the passengers.
Masataka Sam Yoshida, CEO of Vietnam RECOF Corporation said, “I cannot stop applauding the great job achieved with the first trip for Japanese people to an outside country since the pandemic broke out. I believe this could not have happened without the longstanding friendship between the two countries’ governments and the sleepless efforts of the people sending and welcoming the passengers on each side.”
Vietnam has been engaged in discussions to ease the entry of citizens from China, South Korea, and Japan into the country, but the government is resolute that resumption of travel must be based on strict disease prevention measures.
At the moment, the Vietnam Immigration Department under the Ministry of Public Security is considering allowing 437 foreign labourers including 16 investors, 304 engineering technicians, 37 highly-skilled labourers, 51 managers, and their families to enter the country. They are working for 100 companies, organisations, and agencies in Ho Chi Minh City.
Since June 8, the Ministry of Labour, Invalids and Social Affairs (MoLISA) has permitted some foreign labourers to enter the country, with most coming from China, South Korea, the United States, the UK, France, and Germany.
At the moment, there are 7,258 foreign workers who are allowed to enter Vietnam, according to MoLISA. In late June 2020, the MoLISA cited reports of 63 departments of labour, invalids and social affairs saying that as of early this month, the number of foreign workers stuck outside of Vietnam reaches 21,641, out of 93,425 foreign workers in Vietnam in total. They are mainly experts, skilled workers, and managers.
The number of foreign labourers has decreased by 23.16 per cent in the first six months of the year compared to last year’s period. Meanwhile, other nations such as China, Japan, and South Korea have asked Vietnam to allow over 7,000 labourers, who chiefly serve international institutions’ high-tech projects or national key plans, to enter the country.
Le Bich Loan, deputy head of the management department at Saigon Hi-tech Park, told VIR that the park is lacking about 30 highly skilled labourers to extend its manufacturing activities. “We have had about 500 operational experts in so far. In the whole high-tech park, the number of those who are stuck outside the country is not remarkable. Therefore, the manufacturing operation of the whole park appears to be back to normality.”
She added that businesses with experts coming into Vietnam need to provide their names and other information to the MoLISA. Every Wednesday, the ministry approves those entering the city.
Nguyen Van Lam, deputy director of Ho Chi Minh City Department of Labour, Invalids and Social Affairs, said that the ministry is reviewing the list of foreign labourers on its website, which recently became overloaded due to spikes in site traffic.
“People who are accredited will receive their visa at the Embassy of Vietnam in their own country. Countermeasures for preventing COVID-19 and 14 days of quarantine will be mandatory,” he added.
In the context of a potential second wave of pandemic infections, domestic airlines Vietnam Airlines, Vietjet, and Bamboo Airways are adding more flights to shuttle Vietnamese people from abroad. It is estimated that about 14,000 Vietnamese citizens living abroad will return to the country in due course.
According to a representative of Vietnam Airlines, passengers will be able to buy tickets at the Embassy of Vietnam in their countries, and the price will not be higher than usual.
The move to ease entry restrictions on foreign workers can soon help foreign businesses resume operation and recover from the coronavirus crisis. Yoshida from RECOF pointed out the next hurdle to overcome to create activation and vitalisation of the economy for both Japan and Vietnam would be further increasing traffic between both countries by altering the 14-day quarantine rules.
A total of 28 days of quarantine on both sides of the border remains by far the highest obstacle for short-time business trip travellers who usually spend two or three nights to attend crucial meetings or site visits.
Yoshida explained that comprehensive activation and promotion of Japanese business activities will be increased if regulations can be loosened soon. “One day in the near future, if new arrangements were to come up, I will have no doubt that there will be a rush of negotiations for investments which will finally contribute to the growth of the economy,” he stated.
Hans Kerstens, head of sales & marketing at DEEP C Industrial Zones 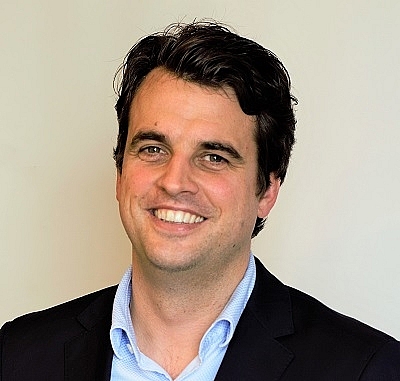 We understand that Vietnam has not opened its border yet to avoid reintroducing the virus into the country and safeguarding its achievement of no community infections in 85 days. However, to attain its coupled goals of economic recovery while staying alert to Covid-19 risks, Vietnam should introduce a more flexible mechanism for foreign experts and investors to enter the country: arrange more flights, shortened paperwork, step-by-step guidelines for businesses on how it should be done, etc.
Certainly, such measures should be applied with mandatory 14-day quarantine for all arrivals, and only to people with certified virus-free proof. In addition, businesses should be required to cooperate with the Government in guiding their employees and reporting to competent authorities upon request.
Kim Heung Soo - Chairman, KorCham Vietnam 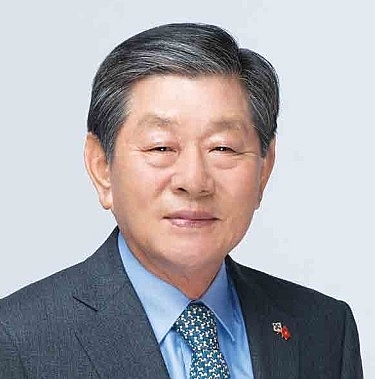 We thank the government for all substantial efforts put into containing COVID-19 in Vietnam and we would like to recommend a fast-track entry system for foreigners. We hope the Vietnamese government will introduce this system as soon as possible.
South Korea and China are already carrying out fast-track entries. The procedure is simple and includes leaving the quarantine one or two days after entering South Korea by monitoring a person’s health for at least 14 days before leaving their country. Also, we expect that this procedure will contribute to minimising the economic and social impact of COVID-19 on Vietnam.
In accordance with the fast-track procedure, an interested South Korean enterprise should apply for the procedure at the provincial or municipal government and obtain an official invitation. Then, the applicable business partner will obtain a visa from the Vietnamese Embassy in South Korea.
Before coming to Vietnam, the invited person should follow a strict procedure as agreed by South Korea and the Vietnamese government whereby their entry will be simplified.
Before departure, foreign labourers should conduct self-health-monitoring at least for 14 days and receive a health report issued by hospitals designated by the South Korean Ministry of Health and Welfare as well as take a COVID-19 test within 72 hours before departure.
After arriving in Vietnam, foreign workers should stay at a centre designated by the local government for one or two days and undergo further COVID-19 tests (both the polymerise chain reaction test and the blood serum test). If tested negative both times, they will be transported by an individual vehicle prepared in advance.
Bui Le Anh Hieu - Corporate Development director, Long Hau Corporation 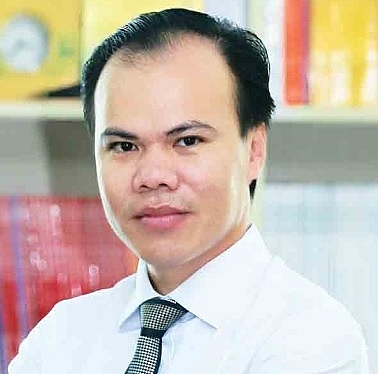 Foreign workers take an important role in Long Hau Industrial Park as their enterprises occupy up to 50 per cent of the total businesses in the park. At present, we are planning to expand our manufacturing projects, however, the entire workforce does not meet the demand of business development strategy. Therefore, we are recruiting more workers, both domestic and foreign ones. For each company in the park, the recruitment plan is set separately. To aid companies, Long Hau is supporting them with all the necessary paperwork and accommodation.
Hopefully, Vietnam can soon gradually ease the country’s lockdown restrictions for foreign workers. Vietnam has the chance to lure large investment capital, especially from tech companies.
Additionally, Vietnam should facilitate welcoming foreign workers by easing procedures for visa, nationality, and labour licenses. Also, the country should improve policy about welfare, assurance, and income tax for foreign workers.
Source: Vietnam Investment Review
Long Hau Industrial Park - Partner in success
Address: Hamlet 3, Long Hau commune, Can Giuoc district, Long An province
Hotline: (+84 28) 3937 5599 - (+84) 906 938 599
Email: sales@longhau.com.vn
Fanpage: fb.me/longhau.com.vn
Zalo Official: https://zalo.me/2384735100152725129 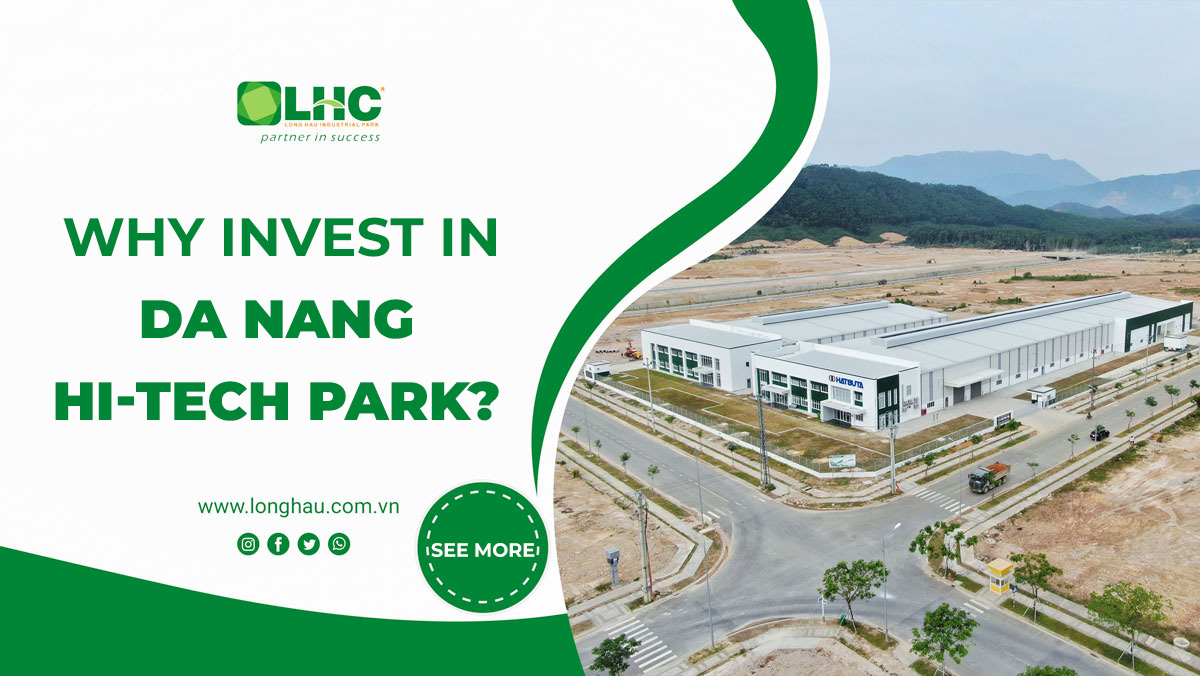 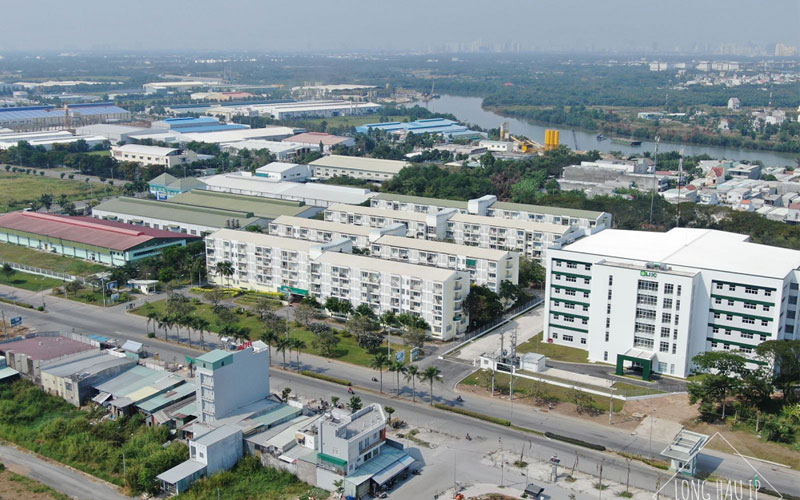 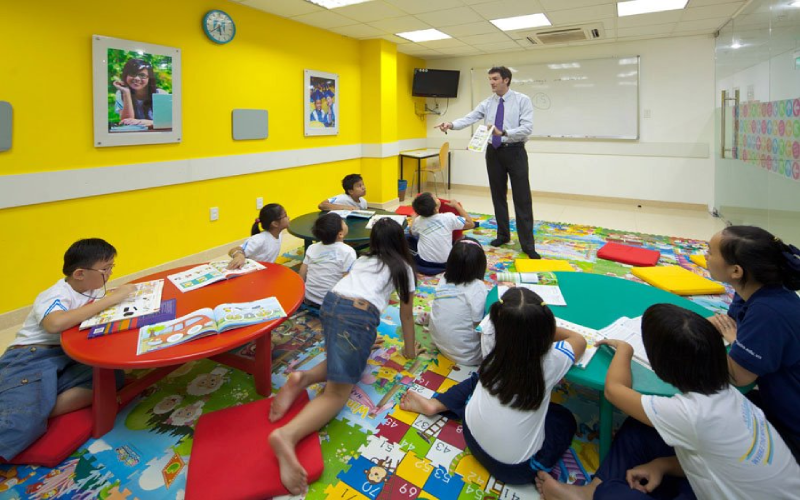 The development needs of a foreign language center in a residential area in the vicinity. 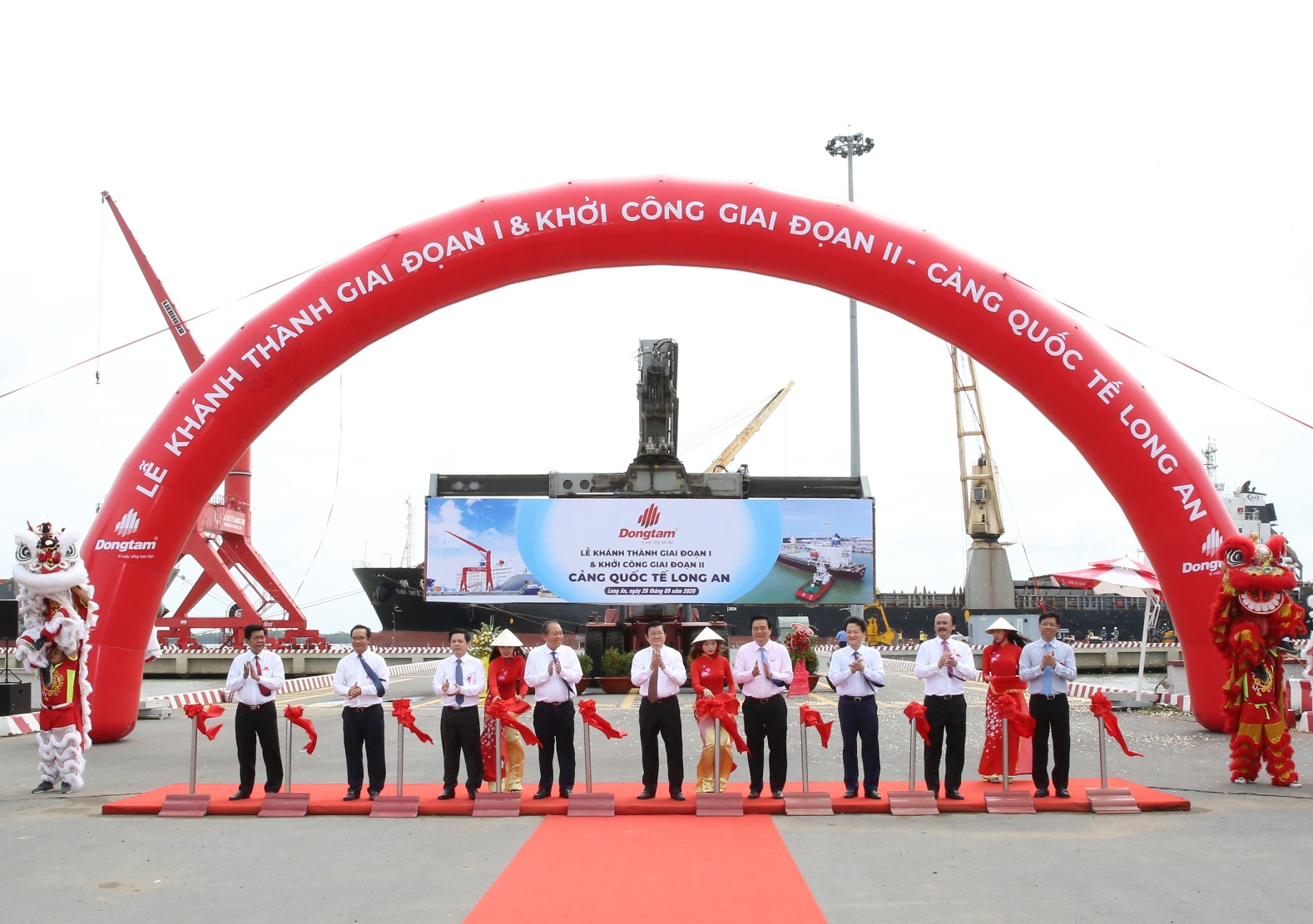 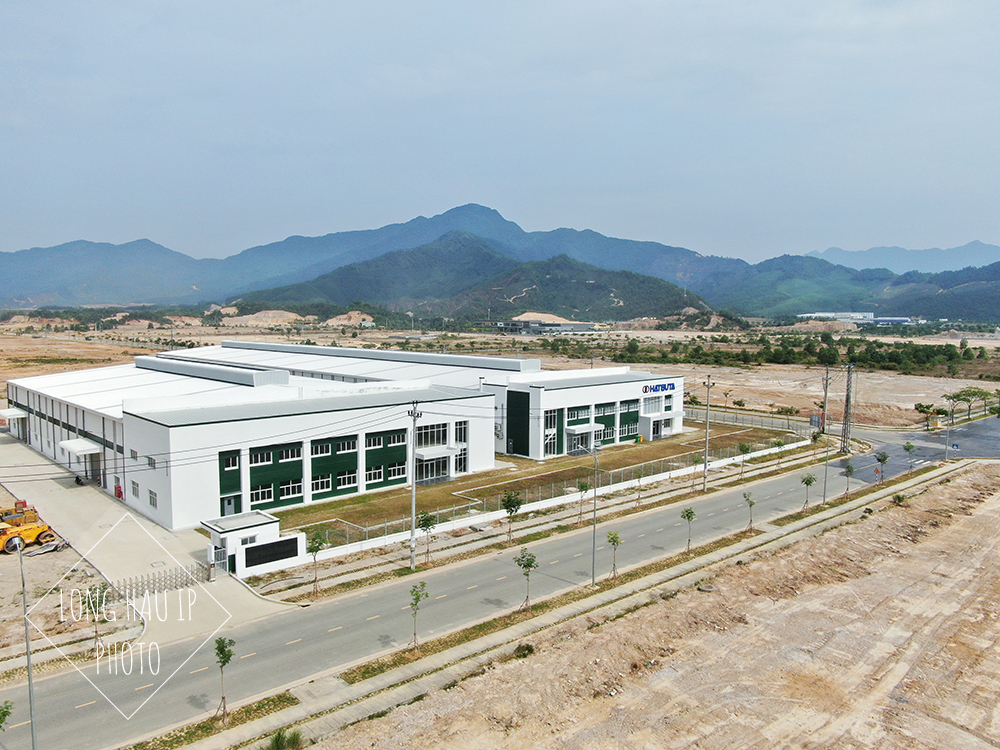 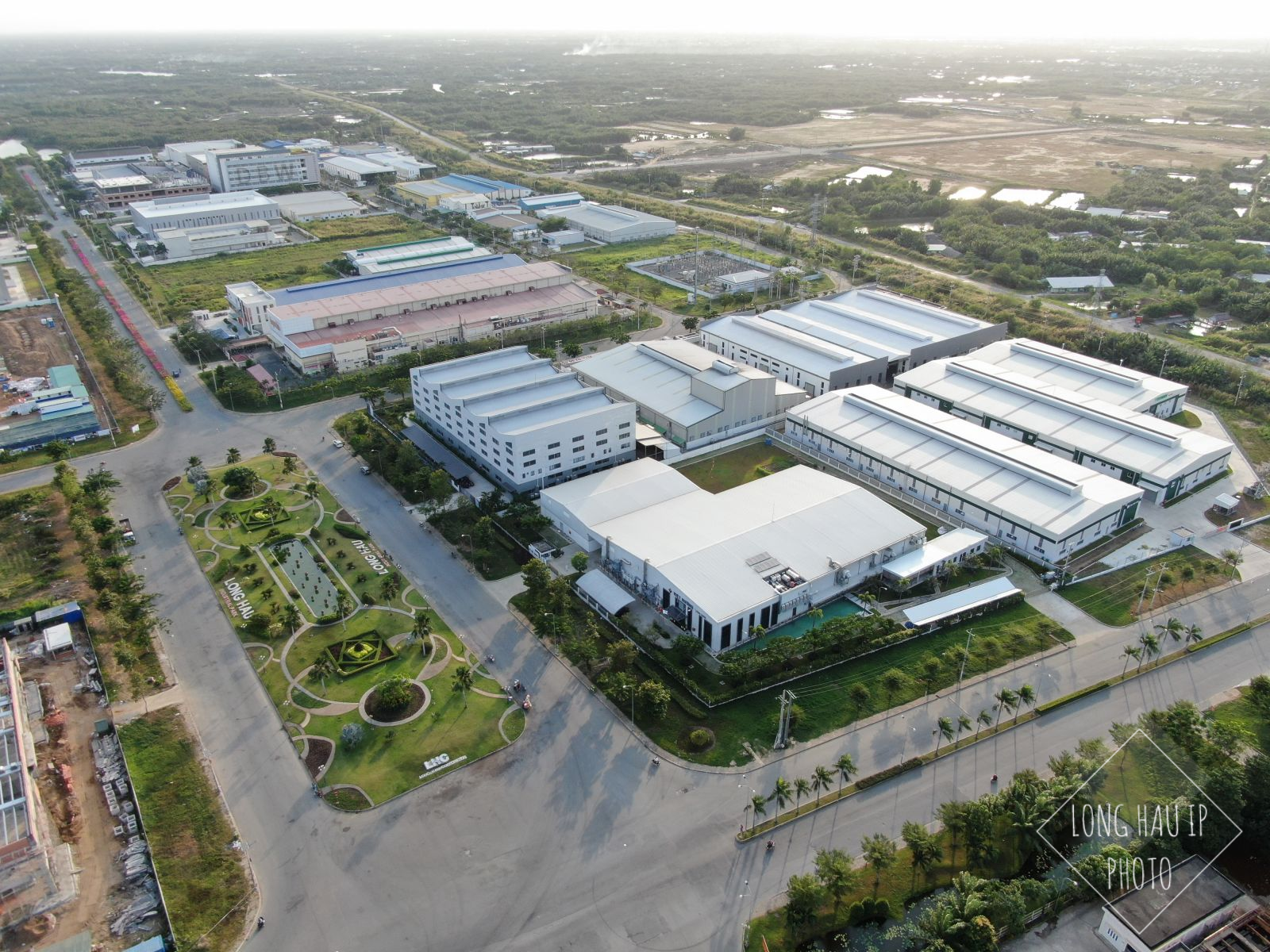 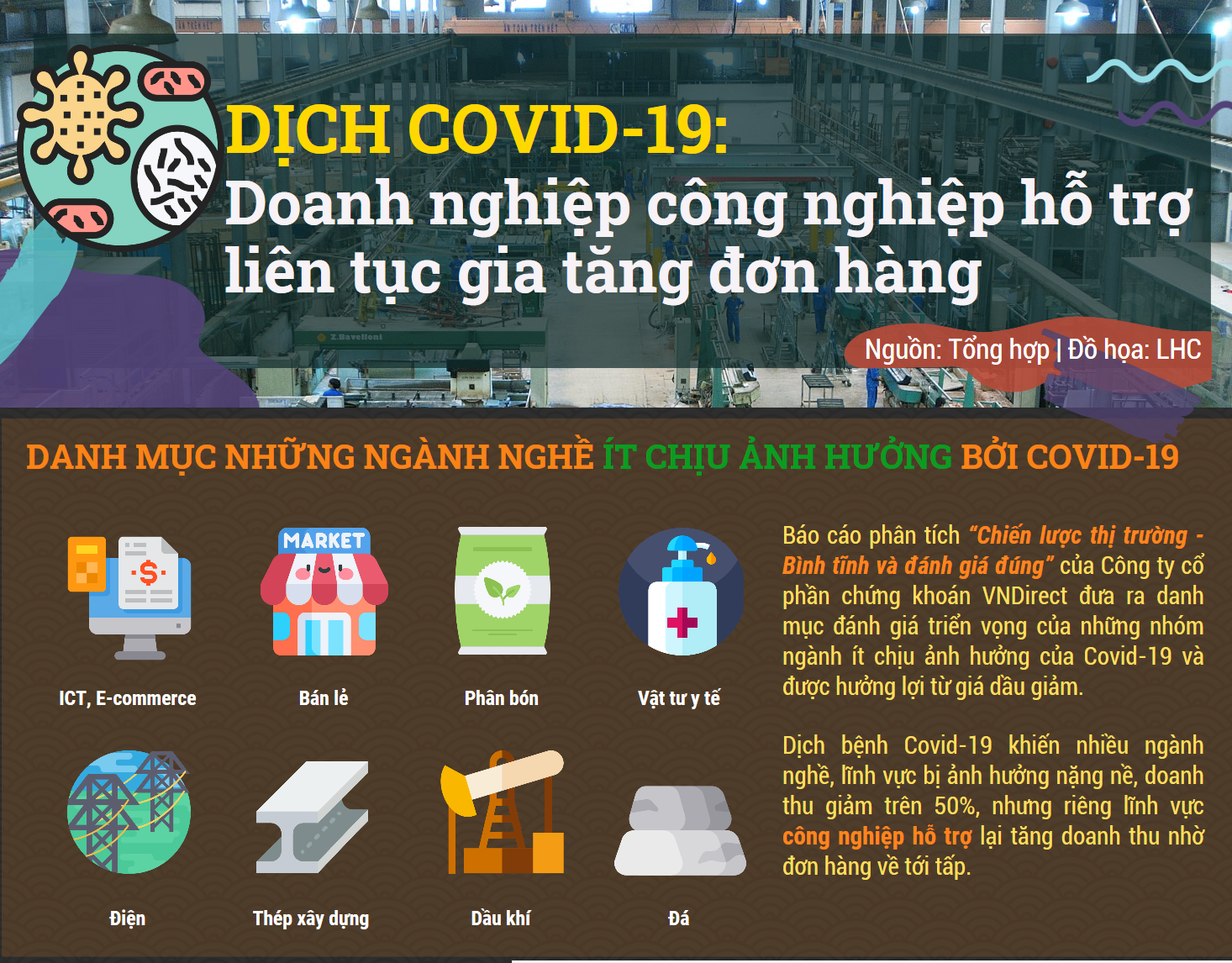 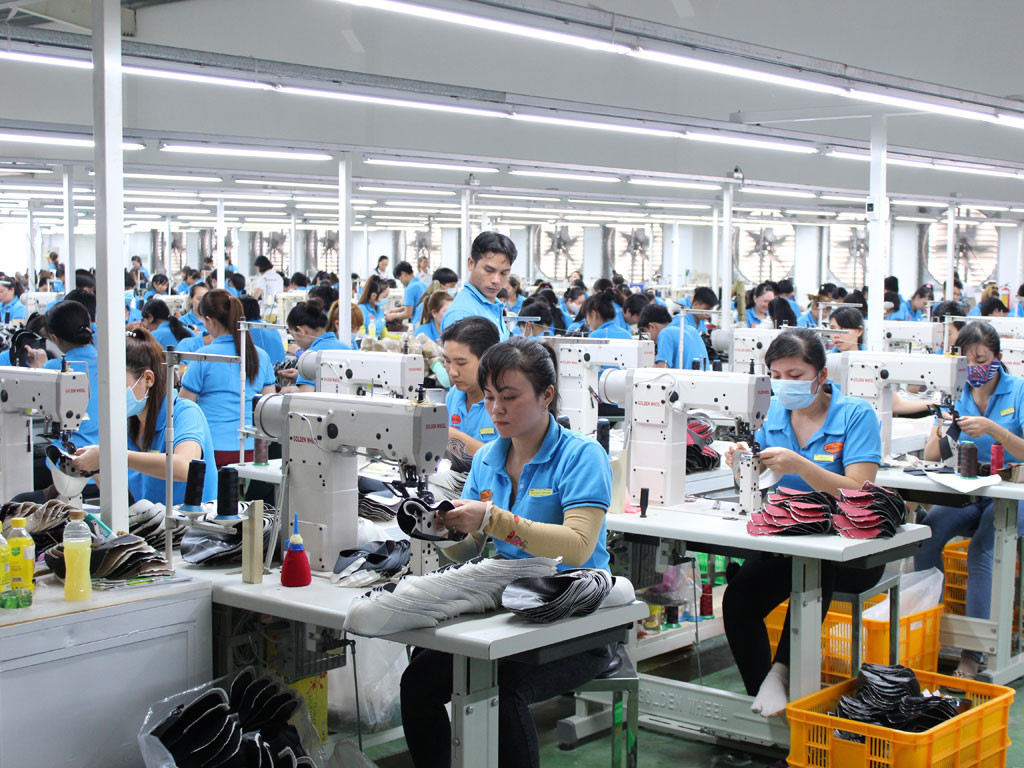 What should businesses do to save themselves in COVID-19 epidemic?